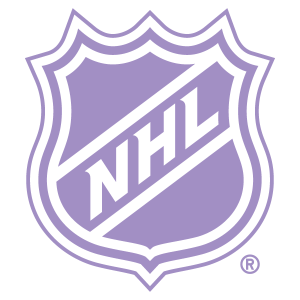 The Hockey Hall of Fame on Monday inducted five players and two builders – and also honored two media members (Bob McKenzie and Nick Nickson) – as part of its class of 2015.

Click on the below links for the speech by each inductee.

Thirty of the 43 games that have required overtime this season have been decided in the extra period (70%).

OVECHKIN TRIES TO SET GOAL-SCORING RECORD IN FRONT OF FEDOROV . . .

Capitals captain Alex Ovechkin, who has 483 career goals, looks to set the NHL record for goals by a Russian-born player when Washington visits Detroit at Joe Louis Arena.

Ovechkin currently shares the record with Sergei Fedorov, the longtime Red Wings forward who finished his NHL career with the Capitals and was inducted into the Hockey Hall of Fame on Monday. Both clubs will honor Fedorov, who will be in attendance, prior to Tuesday’s game.

“It’s going to be cool,” Ovechkin told the Washington Post.

“I would hug him in his uniform [if he breaks the record],” Fedorov added.

“He’d be all wet and my suit would be ruined, but I wouldn’t care. I’ll put it somewhere in the closet. I’d cherish that moment.”

This game also marks the first time that Red Wings defenseman Mike Green faces his former club. Green, the 29th overall selection in the 2004 NHL Draft, played his first 10 NHL seasons with the Capitals, registering 113-247—360 in 575 contests. His 360 points rank fifth in franchise history for a defenseman, while his 113 goals share third (w/ Calle Johansson).

“I was there a long time and obviously, sometimes change is good. I felt I was becoming a little bit stagnant there, so I wanted to evolve,” Green told NHL.com.

“It’ll be strange, but I’ve moved forward now. I think it’s more exciting than anything. I know the personality in the dressing room and how most of these guys play, so it will be fun. But it will be fun because we’re competing.”

Three teams – the Rangers, Stars and Capitals – look to continue their record-setting starts to the season:

Max Domi (2-0—2) and Anthony Duclair (1-0—1) combined for three goals in regulation and Mikkel Boedker (1-1—2) registered the decisive tally at 1:18 of overtime to power the Coyotes to their second win in as many games against the Ducks this season.

* The Coyotes also won their first game against the Ducks behind strong performances from their rookies. On Oct. 14, Domi posted 1-1—2 and Duclair recorded his first career hat trick in a 4-0 victory at ANA. The Coyotes face the Ducks three more times this season: Nov. 25 at ARI, Feb. 5 at ANA and Mach 3 at ARI.
* Domi (7-6—13) and Duclair (6-2—8) have combined for 13-8—21 through the Coyotes’ opening 14 games of the season, including one-third of the club’s goals (13 of 39).
* Domi shares first among rookies in goals (w/ Oscar Lindberg, NYR) and also ranks second in points, behind Blackhawks forward Artemi Panarin (4-11—15).
* Boedker notched his first overtime goal in the regular season (397 GP). He also has scored two overtime goals in the playoffs (20 GP), in Games 3 and 4 of the 2012 Western Conference Quarterfinals at CHI.