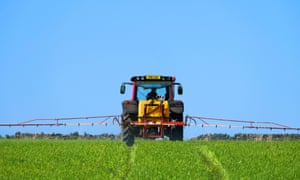 Strobilurin fungicides have only been approved for use in the past 20 years, and are sprayed in increasing quantities to protect crops such as cabbages, spinach, lettuce, kale, tomatoes, apples, pears and grapes. Photograph: Ian Dagnall/Alamy

Fungicides caused mouse cells to show changes similar to those seen in autism and Alzheimer’s, although a definite link to the disorders has not been proven.

Modern fungicides that are sprayed on fruit and vegetables have come under fresh scrutiny after scientists found they caused similar genetic changes in mouse neurons to those seen in autism and Alzheimer’s disease.

Researchers exposed dishes of the brain cells to more than 300 different pesticides and fungicides and found that one class of fungicides, the strobilurins, produced patterns of genetic changes often seen in the human conditions. 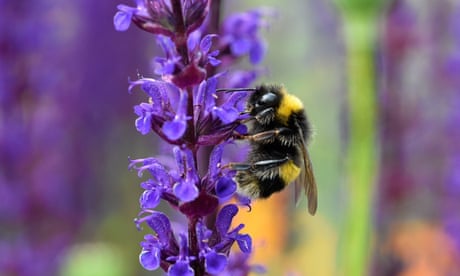 Scientists at the University of North Carolina in Chapel Hill hoped the experiment might shed light on the kinds of substances in the environment that contribute to cases of autism. To their surprise, they found compounds that produced some genetic hallmarks of autism and neurodegenerative diseases at the same time.

The strobilurins have only been approved for use in the past 20 years, more than half a century after the first individual diagnosed with autism was announced in the medical literature. Since the fungicides arrived on the market, they have been sprayed in increasing quantities to protect crops such as cabbages, spinach, lettuce, kale, tomatoes, apples, pears and grapes.

While the fungicides produced autism-like and Alzheimer’s-like signatures in the way genes are expressed in mouse neurons, the relevance of the changes is unclear: the scientists have no evidence that the chemicals contribute to either condition.

“The study was designed to try and identify chemicals that could cause autism, but we in no way say these things do cause autism,” said lead scientist, Mark Zylka, whose study appears in Nature Communications.

“What this work provides is evidence that these chemicals are bad for neurons. They turn the same genes on or off that you see not only in autism brains, but also in neurodegeneration,” he added.

Strobilurins work by disrupting mitochondria, the tiny structures that live inside cells and ensure they have enough energy to function properly. Tests on the mouse neurons revealed that the compounds dampened down the activity of genes involved in synaptic transmission, the mechanism by which neurons talk to each other. Meanwhile, the activity of other genes linked to inflammation in the nervous system ramped up.

Further tests showed that exposure to the fungicides caused mouse neurons to churn out more free radicals, which are highly-reactive particles capable of damaging cellular machinery around them. The fungicides caused yet more disruption to structures called microtubules, changes that could affect the ability of mature neurons to communicate, and hamper the normal movement of neurons in the developing brain.

“We don’t know what, if anything, exposure to these new chemicals will do for autism risk or neurodegeneration. There are lots of chemicals that are bad for neurons in a dish,” Zylka said. “The question is does it get into our bodies at levels that are sufficient to get into the brain and cause some of the effects we see in these cultures? It’s definitely on our food at pretty high levels.”

Prior to starting the project, Zylka said he did not pay much attention to whether he was buying organic or conventionally grown food. But over the course of the study, his perspective changed. “These fungicides are bad news for neurons. So I now purchase organic whenever possible, and especially for my young kids. I would prefer not to be exposed to chemicals like this, especially after seeing what they do to neurons,” he said. 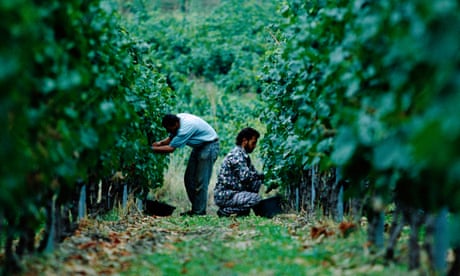 Jeannie Lee, a professor of genetics at Harvard Medical School, who was not involved in the work, said the study should serve as “a wake-up call to regulatory agencies and the medical community.” She added that the research had “wide-ranging implications, not only for autism and diseases such as Parkinson’s and cancer, but also for the health of future generations.”

Carol Povey, director of the Centre for Autism at the National Autistic Society, said: “This new study confirms again that the causes of autism involve many complex and interacting factors, including genetics, the environment and the development of the brain.

“We urge that the results of this study are digested thoughtfully, and that people do not worry unnecessarily. As the author has made clear, this study absolutely does not mean that chemicals cause autism, nor can we understand fully the risks that these chemicals may have for the human brain until further studies are carried out.

“What is important for the more than 1 in 100 people on the autism spectrum is to make sure that they have access to the right support from people who understand autism. That’s why the National Autistic Society is launching the biggest ever autism awareness campaign this Friday to help the public learn more about the 700,000 autistic people in the UK.”