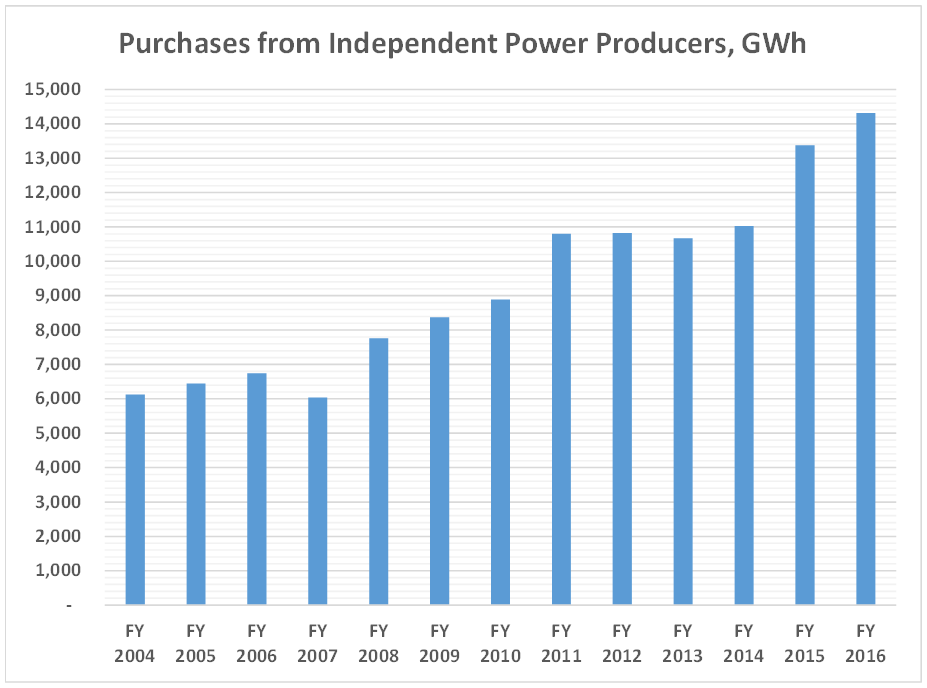 Had IPP’s sold their power for the same price that BC Hydro realized in trade markets, they would have realized: In FY 2015, $591 million less; In FY 2016, $782 million less. The deals will get better for IPPs. BC Hydro’s website now announces that it has contracted for 19,290 GWh from these private producers. That is 35% more than purchases in the just completed fiscal year and follows an established trend.

via BC Hydro gifts worth billions — In-Sights