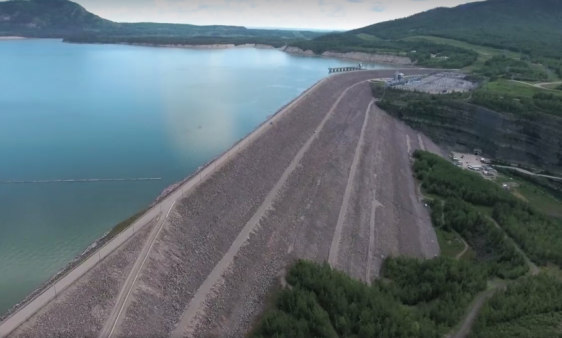 The Site C dam, advanced as the province’s showcase clean energy project by the B.C. government, according to a new report from the University of British Columbia.

Authored by Rick Hendriks from Camerado Energy Consulting, the report found Site C, a BC Hydro megadam proposed for the Peace River near Fort St. John, will not provide energy at a lower greenhouse gas (GHG) emission rate than other alternative energy projects.

“The government stated that the unprecedented level of significant adverse environmental effects from Site C are justifiable, in part, because the project delivers energy and capacity at lower GHG emissions than the available alternatives,” Hendriks, an energy consultant with more than 20 years experience analyzing large-scale hydropower projects, said.

“Our analysis indicates this is not the case.”

Comparing BC Hydro’s own data on Site C and alternative energy scenarios, the report found the megadam provides no substantial benefit over other renewable sources like wind and solar.

“I feel like the discussion in the public has made a few assumptions about the Site C dam that merit reexamination,” Karen Bakker, professor of geography at UBC and Canada Research Chair in Political Ecology, told DeSmog Canada.

“The assumption that Site C is clean and green is one that we actually need to scrutinize rather than assume,” she said.

Bakker, who oversaw the new greenhouse gas analysis, is one of several scholars who recently found the Site C project represents the largest amount of significant adverse environmental impacts ever reviewed under the Canadian Environmental Assessment Act since its introduction into law.

She said although the joint federal-provincial review panel tasked with considering the Site C project did some good work, they were limited in resources and scope when it came to a fulsome project analysis. The panel did not consider the greenhouse gas emissions associated with the project.

That’s the simple way to sum up why we’re doing what we’re doing,” she said.

Bakker said the report did not conduct an independent review of BC Hydro’s own greenhouse gas estimates for the project, but said, “even using their own numbers Site C is not cleaner or greener than other renewables.”

“Our analysis suggests that other renewables like wind and solar would help Canada achieve its climate change goals more quickly and cheaply and with much lower environmental impact than Site C.”

Bakker said the new report highlights the need for more thorough analysis of Site C’s environmental impacts. She added more research, which doesn’t rely on BC Hydro’s estimates, needs to be conducted.

“There’s much more to be done,” she said. “It would be great if this had been studied and geothermal had been examined as well.”

Local farmers, landowners and First Nations say the dam, which will flood 107 kilometres of the Peace River valley, will unnecessarily destroy wildlife habitat, First Nations archaeological and hunting sites and some of the province’s most productive agricultural land.

The chair of the Site C Joint Review Panel, Harry Swain, has come out against the project, saying B.C.’s domestic electricity demand has not significantly increased since 2007, meaning the province has no need for the estimated $9-billion project.

“I think we’re making a big mistake, a very expensive one,” Swain recently told DeSmog Canada. “Of the $9 billion it will cost, at least $7 billion will never be returned. You and I as rate payers will end up paying $7 billion bucks for something we get nothing for.”

“There is no need for Site C,” Swain said. “If there was a need, we could meet it with a variety of other renewable and smaller scale sources.”