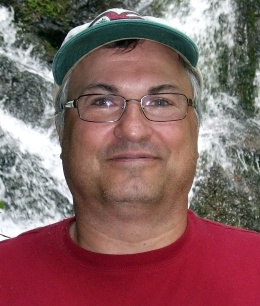 I was born to Peter and Anne Chernoff on December 18, 1958 in the Province of British Columbia on the West Coast in the pulp and paper community of Ocean Falls.

Lived at 33 Twin Lakes Drive in Martin Valley, a couple of miles from town.

I am of Canadian-Russian heritage, my grandparents originally born and raised in Russia, and having come to Canada at the turn of the 20th century as Doukhobors. Aspiring to pacifism they, along with many others, made a decisive stand against militarism and all forms of violence by leaving their natural homeland for their adopted country Canada.

While I do not speak Russian, I am proud of my heritage and the struggles my family, past and present, have persevered through. I am pleased to be associated with the courage of my descendants who had the strength and solidarity to stand up for their beliefs in the face of adversity, hostility and discrimination.

Ocean Falls was a very memorable forest industry town and for those who were fortunate to have lived there, many have fond memories of this small coastal community that was unique in so many ways.

When I was 11, the family moved to Kitimat, BC where I lived for two years until my dad died in March of 1972.  Myself, two brothers and my mom then moved to Midway during the summer of 1972.

I attended Greenwood Elementary School in Greenwood B.C. in 1972-73 and after finishing Grade 7, I was off to high hchool at Boundary Central Secondary School in Midway, just a brief five minute walk from home.

After graduation, I attended the University of BC in Vancouver for three years from 1978 to 1981. I dabbled in such subjects as Principals of Economics, Dynamics of Behaviour, Literature and Composition, Psychology, Finite Math, French; political science courses including Government of Canada, Foreign Governments, Political Thought, Vancouver Politics, and International Politics.

From May 26, 1982 to the same date in 1983, I spent a year in Vancouver writing, eventually returning to Midway where I planned to live the rest of my life and think to the future.

Things changed in a positive way after some struggle and soul searching. Eventually I managed to meet and marry the love of my life, begin a family and eventually secure a full-time job in 1991 with the City of Trail,  and moved to Trail, B.C.

My initial municipal work experience came from working for the Village of Midway as a teenager during the summers of 1974and 1976.

Later I assisted in managing the local outdoor skating rink involving ice and refrigeration plant maintenance during the winter of 1986-87. I managed the skating rink from 1988-89; 1989-90 and 1990-91, after it went from an outdoor arena to being  fully enclosed and named the Boundary-Expo Recreation Centre. During the same time period I also was involved in parks maintenance for the Village of Midway.

I was also very fortunate to be involved in a few work grants that the Village of Midway and the Kettle River Museum Society were successful in getting and which benefited the community and Boundary area.

In 1985 and 1986 I assisted in the the restoration of the local CPR Station which included interior and exterior work. I also was involved in creating the Villages’s local picnic/campground area along the Kettle River and did work on the local nature trail situated on the US-Canada border along side of the moutain over looking Midway on the Kettle River side.

I also worked for Parkview Construction, the contractor for the enclosing of the local skating rink, during the winter of 1987-88, and I was also fortunate to help build the Kettle Wildlife Association’s clubhouse in Rock Creek during the spring and summer of 1988.

During the Spring and summer of 1989 and 1990, I was involved in a tree thinning program in the Christian Valley area near Rock Creek.

I also have worked for community newspapers as a reporter and photographer working for the Boundary Community News based in Grand Forks, B.C. in 1984 and 1985; and the Boundary Creek Times in Greenwood, B.C. from 1985 to 1988.

As a municipal union employee, I was involved in my union, the Canadian Union of Public Employees, for 20 years as past Vice President and  Chief Shop Steward including serving on various Local 2087 committees.

I have served on the CUPE BC  executive and the CUPE BC municipal provincial committee, along with CUPE BC technological change & communications committee and transportation committee.

I was on the West Kootenay Labour Council executive from 2009-2015, serving recording secretary and member-at-large for Trail.